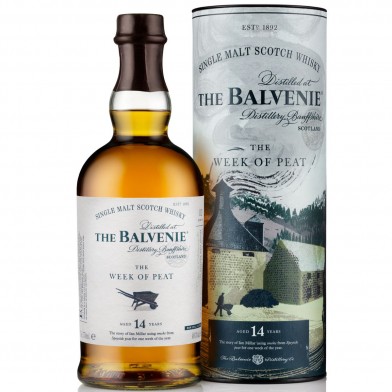 The distillery says – “Eager to experiment with The Balvenie profile using what he had learnt from a recent trip to Islay, distillery manager Ian Millar ordered a batch of Speyside peat for the kiln. For a week a year, The Balvenie distills a batch of peated malt, resulting in a whisky rich in honey, vanilla and citrus notes with an extra layer of delicate smokiness.