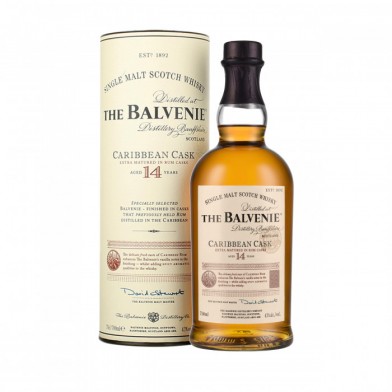 Matured in traditional oak whisky casks for 14 years, and then 'finished' in casks that previously held Caribbean rum. To create the ideal finish the Malt Master filled American oak casks with his own blend of select West Indian rums. When he judged the casks to be ready, the rum was replaced with the 14 year old spirit and the wood was put to work adding the final touches. The result is an exceptional single malt whisky with the traditional smooth, honeyed character of The Balvenie.