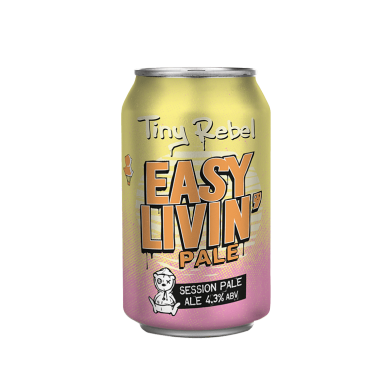 Some days it's ok to put your feet up. That's why we've made a drink that lets you kick back and relax.

Wind down with the smell of citrus, a tropical taste and the perfectly smooth finish.

Whether you're out sunning by the BBQ or sat on a session at the tap house, you'll be in a happy place where you can stay all day!

As much as Wales is stereotypically known for its sheep, leeks, dragons and daffodils, the country’s history is also rife with rebels. Take Owain Glyndr, the last native Welshman to hold the title of Prince of Wales, who in the early 1400s led an unsuccessful rebellion against the English rule of his homeland. Then there’s Dai The Singer, a poet who was deported to Australia for his role in the Rebecca Riots of the 1830s. And you can’t forget Morgan the Rebel, who waged war against the Lords of Glamorgan in the 1200s, but ultimately submitted to King Edward I. In more recent years however, Wales has given rise to a couple of Newport based brewers who are leading a rebellion of their own against average beer.