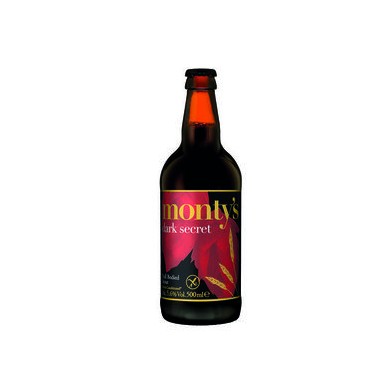 A rich full bodied oatmeal stout full of chocolate and coffee flavours great at 5.6% Alc. Brewed with barley, the gluten is subsequently removed with no compromise to the taste. This one is for the dark beer lovers to enjoy.

Now with over sixteen regular, seasonal and specials brews and four local pubs, Monty’s has firmly established itself as Mid Wales’ premier brewery. Bottling has become an integral part of the production process, and in January 2013 a new bottling plant was installed. 2014 saw the introduction of Masquerade, a gluten free beer which won Monty’s its first international award.