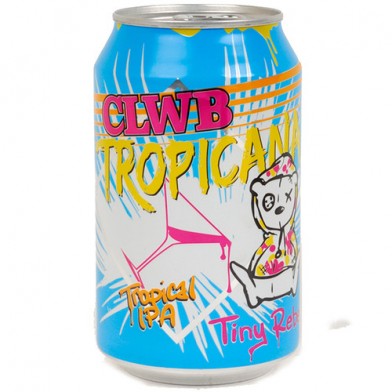 This grown up fruit salad is as colourful as the most hideous Hawaiian shirt you’ve ever seen. It’s super juicy and crammed full of fruity hop flavours that will have your mouth watering. Imagine sitting by the pool in the blazing sun with a cocktail in one hand, but instead of a dainty little glass it’s served by the pint!

As much as Wales is stereotypically known for its sheep, leeks, dragons and daffodils, the country’s history is also rife with rebels. Take Owain Glynd?r, the last native Welshman to hold the title of Prince of Wales, who in the early 1400s led an unsuccessful rebellion against the English rule of his homeland. Then there’s Dai The Singer, a poet who was deported to Australia for his role in the Rebecca Riots of the 1830s. And you can’t forget Morgan the Rebel, who waged war against the Lords of Glamorgan in the 1200s, but ultimately submitted to King Edward I. In more recent years however, Wales has given rise to a couple of Newport based brewers who are leading a rebellion of their own against average beer.