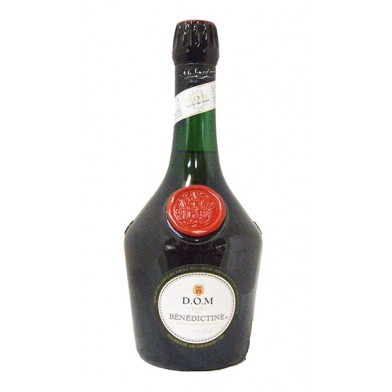 A unique and complex blend of 27 herb and spice ingredients. A distinctive aroma and spices and citrus with hints of fresh flavour notes mellowed by a touch of honey. It is a memorable experience for your senses. Serve it neat, over ice or in intriguing cocktails.

Alexandre Le Grand invented a recipe for this herbal liqueur in the 19th century, aided by a chemist. To help market it, he made up a story about it being developed by monks at the Benedictine Abbey of Fécamp in Normandy.

He began production under the trade name Bénédictine, using a bottle with a distinguishing shape and label.

Today, Benedictine is made by Bacardi to a secret recipe known to only three people at any one time.