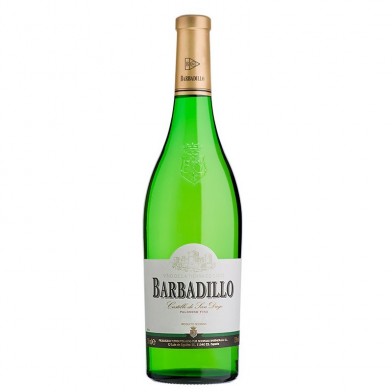 The aroma is delicate with hints of white flowers.

Light, crisp, smooth and dry with hint of apple and pear.

If Barbadillo Castillo de San Diego stands out for something, it’s for being the first white wine produced in the province of Andalusia, specifically in the town of Sanlúcar de Barrameda, in Cadiz. A hundred-year-old family winery that has been making manzanillas, wines, sherries and brandies since 1821.

Barbadillo Castle de San Diego originates from Palomino Fino; a variety that the winery cultivates in a specific indoor microclimate with the aim of achieving the best expression of the grape. In mid-August, when it’s at its optimum point of ripening, it is harvested manually.

Once in the cellar, the Barbadillo Castillo de San Diego’s free-run juice is obtained: a juice that is obtained due to pressure of the grapes themselves, without adding any other type of additional weight. It is then fermented in stainless steel tanks at a constant temperature of 17ºC for 10 days with native yeasts.

Barbadillo Castillo de San Diego consists of a young, cheerful and lively white wine that invites you to drink it at any time.