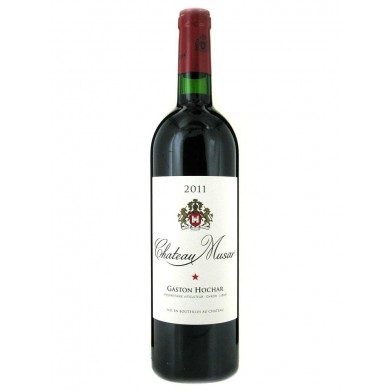 Dark blood red colour with a rich, fragrant fruit nose; mulberries, black cherries, plums with a hint of mocha. The palate is very intense and concentrated, it’s full of volume and characterised by forest and black fruits with elegant spice. The tannins are soft and juicy and it has a lengthy finish.

2010 was a year to remember in Lebanese wine-making history. Even from January it was obvious that this year would be lacking in water as snow fell only once on the 17th January (it was the shortest ski season ever!) and rainfall stopped on the 23rd February. March was so hot that the vines began to blossom in early April and in May and June the vines were so vigorous and green following successful flowering, that we thought we would have the biggest harvest ever. However in mid-July things began to change and the temperature rose dramatically. A heat-wave hit Lebanon which lasted for about 23 days with an average daily temperature of 40 °C and the highest ever temperature in the Bekaa Valley was recorded at 48.5° C. The grapes didn’t mature, they dried, as water disappeared from the grapes causing high sugar concentration. Cinsault and Carignan were less affected by this heat-wave than the Cabernet Sauvignon which suffered the most – dried grapes with high sugar content, high acidity and unfortunately we lost approximately 45% of our Cabernet this year. Fermentation began normally but we took the decision for the first time to ferment between 26 and 28 ° C to give the natural yeasts the ability to finish fermentation because of the high sugar content but mainly to preserve the fruity aromas that we were worried the wines may lack due to the heat-wave affecting the grape skins, where the esters responsible for aromas exist. All in all, this extreme prolonged heat-wave resulted in a significant loss of grapes this year and the Chateau Musar Red 2010 will be sold exclusively on an allocation basis. In 2010, a limited amount of large format bottles were produced as well as the standard bottles, magnums and halves – 3 litre and 6 litre bottles will be released from the winery during 2018. Cabernet Sauvignon, Cinsault and Carignan were blended in 2012 after having spent a year in untoasted French Nevers barrels and this vintage was bottled in the summer of 2013. It is a deep, rich garnet colour with aromas of raisins, cedar, prunes and cinnamon. The 2010 is a savoury, herby wine with delicate spices and the raisiny, figgy aromas follow through to the palate. This is an elegant vintage with fresh acidity and a long, dry finish. 13.5% Alc. /Vol.