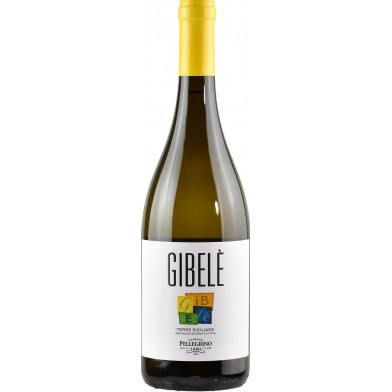 The colour of this white wine is straw yellow. The bouquet has an intense aroma of jasmine and lavender, with hints of green apples and citrons. The favour is dry and fresh, with a long lingering taste of citrus fruit, yellow peaches and green apples.

Cantine Pellegrino is one of Sicily's most important and prosperous wineries. Today they are one of very few families who can trace their lineage back to the original 19th Century founders of the Marsala trade. Through the female side of the Pellegrino family, they have married with the Alagna, Renda, Tumbarello & Bellina families, who today collectively manage the company. Pietro Alanga is Pellegrino's President and Benedetto Renda it's CEO. Recently they welcomed the 6th generation to the family business. In 1880 Paolo Pellegrino, local notary and vine grower, founded his own house and winery in the heart of the city of Marsala on the west coast of Sicily. With the help of his son Carlo, he built the company up from nothing into one of Sicily's leading Marsala producers. After the death of his Father, Carlo took the reigns of the company. He was assisted by his wife Josephine Despagne, daughter of a famous Sauternes oenologist Oscar Pierre Despagne. She brought with her a wealth of winemaking knowledge and together they continued to build the company. Today the company has 150ha and 3 wineries, all of which are powered by solar technology. Pellegrino have been instrumental in putting Sicily on the winemaking map, with the family's Masala, fine wine & sweet Pantelleria wine being exported all over the world.