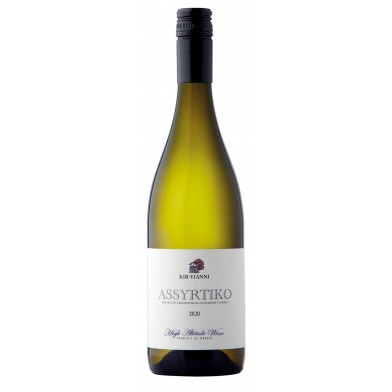 On the nose the wine displays aromas of white fruits and flowers. On the palate, the citrus acidity balances with the alcohol and the round mouthfeel of the wine and finishes with a lingering aftertaste. An Assyrtiko wine with an intense character produced from young vines growing on the mountainous vineyards of Amyndeon.

Crisp minerality and great structure - a match for pricier Chablis

Kir-Yianni was founded in 1997 by Yiannis Boutaris, one of the leading figures in the Greek wine industry, when he left the Boutari Wine Group, the premium family wine company that his grandfather established in 1879. Today, Stellios Boutaris, member of the fifth generation of winemakers, leads Kir-Yianni into the next phase of its history, by dynamically exploiting the cornerstones of the Kir-Yianni philosophy: desire for innovation, respect for tradition and true knowledge of the wine, from the grape to the end consumer.

What started in 1997 as a fresh expression of Greek wine is now one of the most progressive wineries in the country. Research and development programmes dedicated to unlocking the potential of Xinomavro, the local grape variety, are given the kind of focus Catena have done with Malbec

The vineyard lies at an altitude of 700 meters within the viticultural zone of Amyndeon/Florina in mountainous Northwestern Greece. The vineyard’s mean yield does not exceed 40 hl/ha. The soil is sandy and poor. The microclimate of the region is characterised by cold winters and warm summers, while the four neighbouring lakes contribute to the creation of a mild continental climate. Assyrtiko is produced from 8-10 years-old vines.

The grapes are chilled overnight and cold soaked in order to maximize the extraction of aroma precursors into the must. Following racking, the must is inoculated with selected yeasts. At the end of the fermentation, the wine matures for a period of 4-5 months on its lees, gaining more volume and complexity.