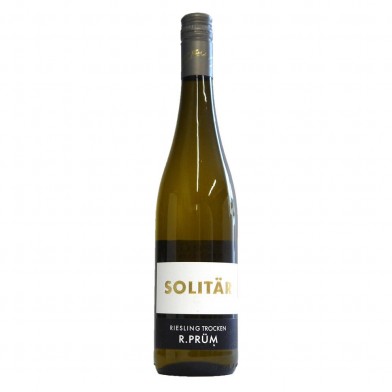 Pale gold in colour. The bouquet is aromatic, with hints of apricot and peach. The palate shows fresh fruit flavours perfectly balanced by a dry finish and mineral character.

Prüm – The Pruem name has been synonymous with quality wine production in the middle Mosel for generations. The family has been cultivating vineyards and producing wine in the region since 1156. The vineyard´s namesake, Sebastian Alois Prüm (1794-1871), had seven sons of whom only Mathias (1835-1890) married. He owned 17ha in the middle of the 19th century which was the largest privately-owned wine estate on the Moselle at the time. Mathias had seven children – naming his third child after his father, Sebastian Alois Prüm (in 1877-1959). Sebastian expanded his family´s heritage and established the winery in 1911. His second-oldest child, Raimund (1923-1971) continued his Father´s work and so it has progressed through subsequent generations to the present day. The vineyard is now maintained by Raimund Prüm, also known as “the red Prüm”. Every barrel receives the individual care they demonstrate in the vineyard of S. A. Prüm. Their dry wines are known for their clarity, fruit expression and freshness.