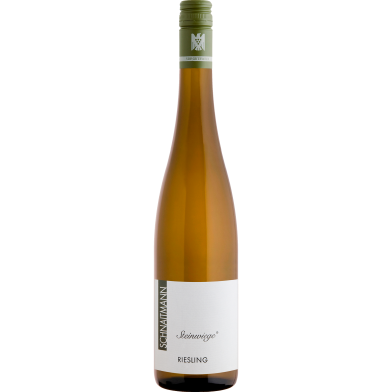 The “mad scientist of Swabia,” Rainer Schnaitmann is revolutionizing the winemaking in his appellation. He has ripped up hundreds of low quality Trollinger vines and planted 28 different grape varieties on his 19ha of widely varying soils of limestone, gypsum, sandstone and marl. His focus is on Pinot Noir, some of it from 40 yr old vines, which he separately vinifies from 60 different parcels! He uses native yeasts for his Pinots and Rieslings, which he stores in barrels of varying age in a candle-lit cellar serenaded day and night by classical music (Mozart’s Mass in C Minor on my last visit). Truly a visionary, he was chosen “Newcomer of the Year” in the 2007 Gault Millau German Wine Guid