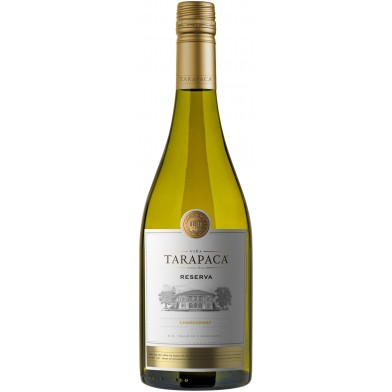 A polished Chardonnay from grapes sourced in the cool valley of Leyda. Full-flavoured, with tropical flavours and sweet spice derived from the gentle oak. Rich and textured with some nutty character and a good kick from the acidity. A classy wine to enjoy with food.

Viña Tarapacá was founded in 1874, at the feet of Andes range. Since then they’ve been making wines that are a reflection of their over-a-hundred-year-old tradition and ontemporary elegance. In 1876, just two years after its foundation, Viña Tarapacá obtained its first international award at the Centennial International Exhibition, Philadelphia, United States. Viña Tarapacá is internationally renowned as one of the Chilean wineries with the greatest history and tradition. All throughout its history, Viña Tarapacá has followed a successful path that has led it to become an iconic Chilean viticulture brand, and to have its wines placed in more than 60 countries.