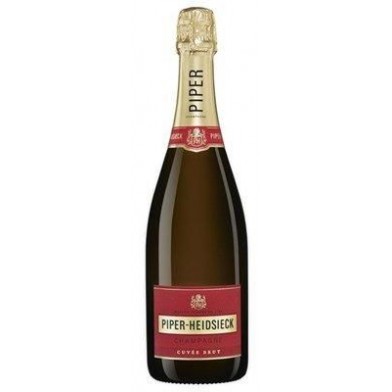 Florens-Louis Heidsieck was the son of a Lutheran minister from Westphalia. He moved to Reims to work as a cloth merchant, and discovered winemaking there. He started making his own wine in 1780, and while he was neither a viticulturist nor a native of Reims, he displayed talent and worked hard at his new-found profession. He founded his own House on 16 July 1785. He had already become an expert in his art, and even dedicated one of his wines to Queen Marie-Antoinette. Moreover, he was granted the honour of presenting it to Her Majesty in person. Piper was exceptionally gifted in business and as an entrepreneur of his time, he travelled the world promoting Heidsieck champagne. Fourteen royal and imperial courts made the House their official supplier, and quite soon, “Heidsieck from Piper” was the only champagne which true aficionados would drink. And thus the wine with quality standards rigorously defined by Florens-Louis Heidsieck himself very quickly became known as Piper-Heidsieck.