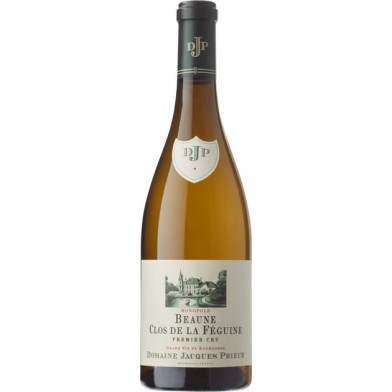 What appears to be a sudden blossoming from relative obscurity had, in fact, its inception 1988, when Jean –Pierre Labruyère bought a majority share from the Prieur family. This was swiftly followed in 1990 by the appointments of the great Nadine Gublin as winemaker. The final piece of the successful jigsaw was the succession of Jean-Pierre’s son Edouard, returning to manage the estates in 2008. The estate is eye-watering in its potential, with nine grands crus and fourteen premiers crus. Edouard seeks to translate terroir as honestly as possible and he is (almost) obsessive in his pursuit of the utmost quality.
The story of 2013 from Domaine Jacques Prieur:
The sky fell down on our heads!
What a little difference a year makes... After an arduous weather in 2012 we hoped for a serene 2013 vintage, but Nature decided otherwise!
Once again, vines, throughout the growing season and until the final maturity of the grapes, underwent all assaults of nature: long and grey winter, sullen and rainy spring, slow growth cycle, late-flowering (second half of June) with coulure and millerandage and a month of July marked by violent hailstorms, especially the one on 23rd July in Côte de Beaune that has caused large crop losses (from 10% to 100 % depending on location). All these weather conditions gave way to a significant drop in production. Fortunately, warm, dry, sunny August and soft and slightly damp September allowed the small amount of grapes to mature by the beginning of October. Nevertheless, we had to remain vigilant and very flexible facing the botrytis development on Chardonnay. Picking began on 2nd October, confirming 2013 as a late harvest vintage.
The overall quality of the wines is not affected by these weather disturbances. Red wines are dense with pronounced black fruit on the palate featuring refreshing spicy notes, ripe and digestible tannins. White wines are surprisingly aromatic with notes of yellow fruits, candied citrus and dried fruits, and vibrant and lively finish embracing beautiful structure on the palate.
GRAPE VARIETY & PLOT SIZE
Grape variety : 100% Pinot Noir on a 0.27 hectare plot.
TERROIR
South-facing sun exposure. Very steep. Meagre, light brown silty and clay-limestone soil. Fractured limestone.Former quarry. Perfect drainage
VINIFICATION & AGEING
Whole bunches of grapes were handpicked into small crates and pressed in a pneumatic winepress. Alcoholic fermentation and ageing took entirely in oak barrels. 100% malolactic fermentation.  Duration of barrel ageing: 17 months.
TASTING NOTES
COLOUR: Gold green with silver grey reflections.
NOSE: Refreshing with notes of flint, together with toasted and floral (white flowers) notes.
PALATE: Fine, crisp and lively with beautiful salinity. Generous finish.