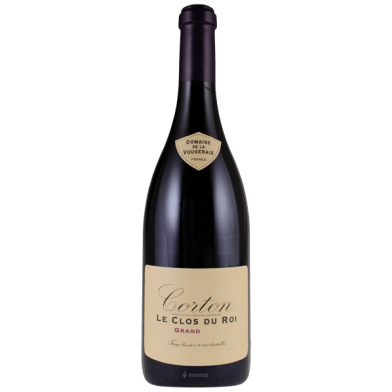 The name Corton comes from the Latin Curtis Othonis, Otho’s domain. This Roman emperor refused to allow this fine vineyard to be harvested by anyone else. Since then, many sovereigns have been fascinated by Corton. Charlemagne gave his name to the white Grand Cru which appeased his wife by avoiding undignified red wine stains on his long white beard. The Dukes of Burgundy sought out the best plot for their enclosure, honouring the table of the Capetian line from the 11th century, then the Valois line in the 14th and 15th centuries. The Valois dukes were known as the grand dukes of the west, the princes of the best wines in Christendom. Philippe the Hardy, Jean the Fearless, Philippe the Good and Charles the Bold link Corton to the flamboyant days of the Order of the Golden Fleece. On Charles’s death, Louis XI confiscated the enclosure, which remained as the Clos du Roi (king’s enclosure) until the French Revolution three centuries later. The royal vineyard, which had been well maintained under the Dukes of Burgundy, declined through lack of care. In 1603 it passed to Burgundy nobles under a cense, a sort of perpetual leasehold close to true ownership. Over the next fifty years 30 ouvrées, (a little over 1 hectare, an ouvrée being an old land measure representing the amount of vines harvested by one worker in a single day), were uprooted and de-stoned, then replanted with good vines. Under the Revolution, the Clos du Roi was divided into seven lots of fifteen ouvrées, and auctioned off for an exorbitant price, one and a half times that of the neighbouring Corton-Charlemagne. The Clos du Roi was almost completely renewed during the first half of the 19th century. In 1931 a decree granted the right to use the Corton name for the entire Clos du Roi climat, and in 1936 it was declared a Grand Cru under the Appellations d’Origine Contrôlée system.

Geographical situation: The terrain in the Côte de Nuits is relatively uniform and harsh, one might say Cistercian. The Côte de Beaune is more varied, less austere, as befits the Cluny monastic discipline. Majestic between the two stands the rounded contour of la Montagne de Corton. In pride of place on its flank, the Clos du Roi, at an altitude of around 300 metres, overlooking Languettes and Perrières on one side of the hill, and Renardes on the other – who could ask for better? Terroir: Corton wood sits on the top of the hill like a Burgundy beret, overlooking an exemplary geological cross-section. The upper portion is steep, with marly, clayey soil ideal for powerful, golden white vines, full of sap. Here at mid-slope, the calcareous, pebbly soil, ruddy due to the iron oolite and the potassium-rich marl yield sublime reds, powerful and racy, despite being at an unusually high altitude for a red Grand Cru. A little lower down, the wine is more tender and fruity on the flinty residues and brown or red calcareous clays. Grape variety: 100% Pinot Noir. Soil and subsoil: Red, clayey, rich in iron. Pebbly, slightly calcareous. GEST* compost. Planting density: 10,100 vines/ha. Geographical situation: Parcel on slope Exposure: East-facing. Plantings: 1951-52. Pest management: 1992. Organic agriculture. Received official approval in 1999. Training style: Guyot. Current changes: Peach tree planted near the vineyard. * Groupement d’Étude et de Suivi des Terroirs

Harvest date: September 14th, 2000. Healthy crop. Selection: In the vineyard and on arrival in the winery.

Deep ruby colour, bright, with purplish highlights. Nose powerful, exploding with both fruits and spices. In the mouth, immediately impressive. Superb attack, great richness of taste (the low-yield grapes are perceptible), delicacy, balance and immense length characterise this Grand Cru which outdoes its vintage. And, as a bonus, a fabulous "fond de verre".