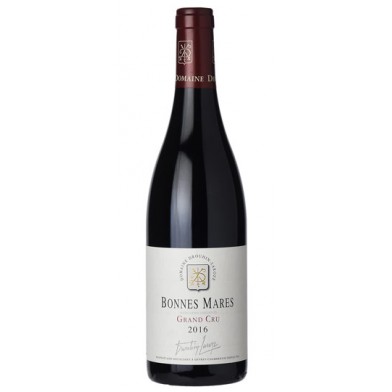 A beautifully layered nose offers up notes of liqueur-like plum, warm earth and a lovely array of spice and floral elements. The exceptionally rich and generously proportioned flavors are unusually seductive in the context of what is typical for the appellation, all wrapped in a velvety, sappy and palate coating finish where a hint of wood appears.

Domaine Drouhin-Laroze in Burgundy is managed by Philippe Drouhin, who took over from his father Bernard after working with him for many years. The domaine exploits 11 hectares of vines in some of the most prestigious vineyards of the Côte d'Or. The philosophy of the domaine is to allow the vine and terroir to express themselves and to respect traditions whilst adapting to modern techniques.

Philippe Drouhin is currently at the head of this significant estate which has been quietly turning out good to very good wines for a little while now. He has been joined by his son Nicolas to ensure continuity. They represent the 5th and 6th generations of the domaine originally founded by Jean-Baptiste Laroze in 1850.

The premier crus Au Closeau and Craipillot were vinified together until 2004. The Chambolle Musigny is a blend of premier cru Les Baudes with a whisker of villages Verroilles. This is in fact a rare Gevrey producer who succeeds with wines from Chambolle, most triumphantly with his excellent bottling of Bonnes Mares.

The grands crus are entirely in new wood, the premiers crus 50:50 and the village wines are matured in one year old barrels.