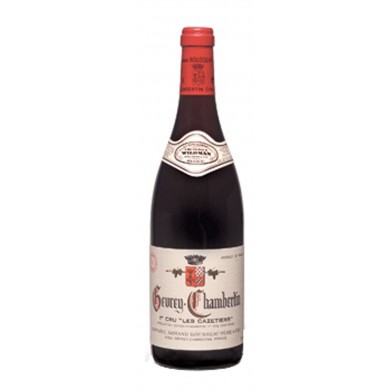 Perfumed and now fully mature aromas offering a stunningly complex mélange of spice, leather, earth and dark fruits introduce very rich and forward medium weight flavors of exceptional length. While there is still some tannic structure in evidence but the fruit provides more than adequate balance and there is better than average acidity in the context of the vintage as well though just a hint of it now sticks out on the finish.

Domaine Armand Rousseau is revered as one of the grand old domaines of Burgundy, resplendent with 14 hectares (half Grand Crus) and noble old vines.

This is one of Burgundy’s greatest domaines any way you want to look at it – in history, in holdings and in quality of wine. The original Armand Rousseau was at the forefront of the first wave of domaine bottling in the 1930s. He was succeeded by his son Charles (born 1923) in 1959, shortly after they had bought a significant slice of the Clos St Jacques vineyard. Today Eric (born 1957), grandson of Armand, is in charge of the vines and cellar.

While Charles Rousseau may still be in evidence, his son Eric has taken over wine making responsibilities, producing pale, finely structured wines of great elegance and stamina. The simple principle of old (but not ancient) vines and sensible yields dictates the Rousseau style. Sometimes the wines can appear light in their youth but they nearly always take on weight as they age.

Eric has changed little in the cellar but a lot in the vineyards. Compared to twenty years ago the viticulture is significantly more precise and yields are now mastered through green harvesting where necessary. The vineyards have always been ploughed here, avoiding the use of herbicides, and the practice of over fertilising with potassium is now ancient history. Today only the occasional anti-disease spray is not organic.

Rousseau retains around 15 per cent of the stems, giving tannin and structure to his wines and aerating the juice and skins. After de-stemming, the grapes are cooled to 15°C then macerated for 18-20 days, without heating or other temperature control. Punching down and pumping over are both used. The wines are then sent to barrel, with the same percentage of new oak being followed each year, except for the Clos St Jacques which may vary. Otherwise it will be 100% new wood for Chambertin and Clos de Bèze, and 100% one year old wood for the other grands crus, though Eric is now experimenting with a little new oak on his Clos des Ruchottes. The prime barrel supplier is François Frères, supported by the tonnelier Rousseau – possibly a distant cousin.

It used to be said that the three ‘special’ wines, Chambertin, Chambertin Clos de Bèze and Gevrey Chambertin Clos St Jacques were among the greatest in Burgundy, but that the rest of the stable was relatively unexciting. In recent years there seems to be a much greater consistency of quality across the range. Though Eric’s influence is evident in this respect, the actual style of the wines has changed not a jot from the previous generation.