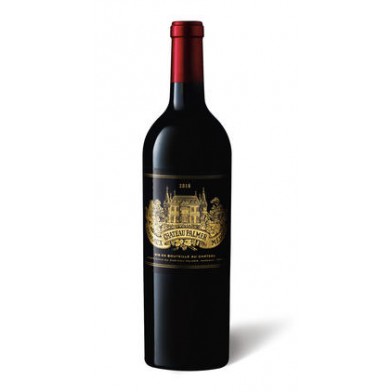 Deep garnet in colour, this has a delicate nose of red fruit. The palate is very rich, growing in power with grainy tannins and a silky wave of black cherry and tight sweet fruit. It feels very polished, the overall sensation one of vitality and freshness. It finishes long and grippy. Very elegant.

Château Palmer is a leading wine estate in the Margaux appellation on the Left Bank of Bordeaux. Though officially ranked a third growth in 1855, the quality of its wines has firmly established Palmer as a top Super Second.

Within its appellation, Palmer is the closest rival to their first growth neighbour, Château Margaux. At their best, such as with the legendary 1961 vintage, the wines of Château Palmer are among the greatest anywhere in Bordeaux. Since 2004, the estate has been led by the charismatic and ambitious Thomas Duroux. Bordeaux native Duroux became the estate’s Director aged just 34, following a stint making wine in Bolgheri at Ornellaia. The technical team began experimenting with biodynamic farming in 2009 and today Palmer is among the leading biodynamic vineyards in Bordeaux. A growing number of classified growths have since started to follow the example of Palmer and its fellow early adopters Pontet-Canet and Climens.

Situated in the commune of Cantenac, the property lies just outside the village of Margaux proper. Its 66 hectares of vines sit upon a gravel terrace overlooking the Gironde estuary. The old Médocain adage that the best vineyards have a view of the river is lent some credence here. The vineyard is planted in equal parts to Merlot and Cabernet Sauvignon (47% each), balanced with a little Petit Verdot (6%). The relatively high Merlot content is unusual for the Grands Crus of the Médoc, lending Palmer a unique style for the Left Bank.

The estate dates to the 17th century, though it was not until 1814 that Englishman Charles Palmer took ownership and gave it his name. A future major general of the British army, Palmer spent 30 years expanding the property and, shrewdly, developing the reputation of “Palmer’s Claret” in the thriving UK market. His successors, the Pereire brothers, were responsible for building the iconic turreted château that was completed in 1854. In 1938, the estate was bought by four Bordeaux négociant families. The descendants of two – the Sichel and Mähler-Besse families – own the property to this day. In addition to the Grand Vin, the Château Palmer portfolio also includes Alter Ego and Historical XIXth Century Wine.