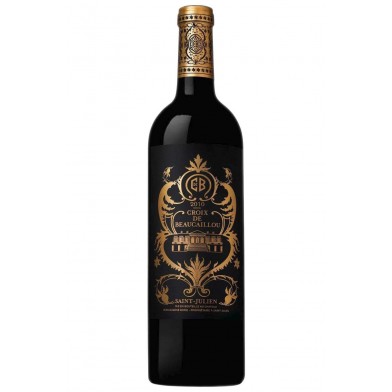 The 2015 Croix de Beaucaillou emerges from a south-facing parcel in the center of Saint-Julien. Plump, racy and creamy on the palate, the 2015 offers lovely depth from start to finish. Cherry pit, plum, lavender and spice flesh out in the glass, but it is the wine's overall balance that is most compelling.

The wines of La Croix Ducru-Beaucaillou come from the vineyard of Château Ducru-Beaucaillou. This exceptional Médoc terroir is situated between the Gironde River to the east, the centre and the west of the Saint-Julien appellation. The estate owes its name to its “beautiful pebbles” ("beaux cailloux", in French) which, because of their high quartz content, make for soils that are poor in plant nutrients.

It is precisely this “agrological” paucity, as the late Bordeaux professor and geographer, René Pijassou, described it, that makes them so well-suited to the production of fine wine. In the east, the plots are planted along the rolling Médoc ridges, just above the estuary, while those at the epicentre benefit from a microclimate nurtured by the little La Mouline stream that meanders through the middle of the appellation from west to east before disappearing into the Gironde.