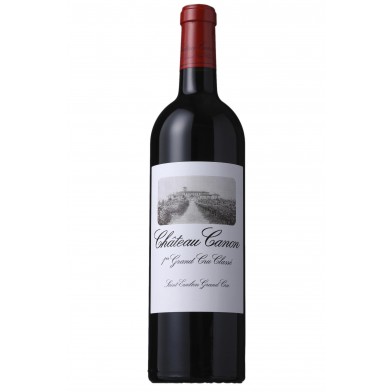 Complex aromas of blackberries, iodine, oyster shell and wet earth. Ever so perfumed. Full-bodied, yet reserved and tight with very silky tannins that are energized and minerally. Takes off at the end. The freshness lifts it.

Château Canon, a famous St.Emilion property is named after Jacques Kanon who bought the estate in 1760. Since 1996 it has been owned by Chanel, who also owns Château Rauzan-Ségla in Margaux.

Located in the centre of the St.Emilion appellation, to the south-west of St-Emilion town, Canon has 18 hectares of vineyards split between the limestone plateau and the clay/loam côtes. They are planted with 55% Merlot and 45% Cabernet Franc. Vinification is traditional: up to 20 days in temperature-controlled wooden vats followed by 18 months' maturation in oak barrels (70% new).

This wine needs cellaring to show at its best and mature Canon reeks of the soft, buttery Merlot grape as only the very top St-Emilions and Pomerols can. It is classified as a 1er Grand Cru Classé (B).