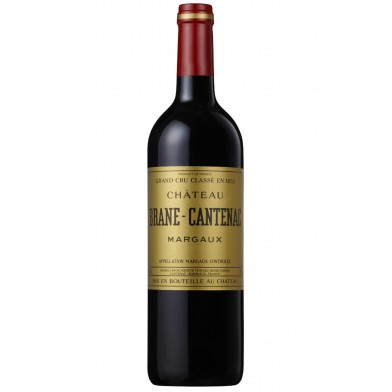 The 2016 Brane-Cantenac is terrific, and also a worthy follow-up to the 2015, although it naturally reflects the very different personality of the year. Dark red and purplish fruit, mocha, spice and leather infuse this super-expressive Margaux. Vivid and intense, but with a perceptible feeling of translucent finesse, the 2016 is wonderfully complete and expressive. It also has quite a bit of potential to grow from there.

Château Brane-Cantenac was for many years the home of Lucien Lurton - it is now owned and run by his son Henri. Its vineyards are located west of the village of Cantenac in the Margaux appellation. Brane-Cantenac's vineyards are planted with Cabernet Sauvignon (55%), Merlot (40%), Cabernet Franc (4.5%) and Carmenère 0,5%,  and lie on fine, gravelly soils. Vinification includes up to 18 months' wood ageing, a third to a half in new `barriques'.

Brane Cantenac was perceived throughout much of the 70s and 80s as an underperforming property. Since Henri took over, there has been extensive investment in the cuverie and chai, as well as vastly improved vineyard management techniques. Consequently, the wines at Brane Cantenac now show more weight and concentration, although they still possess that haunting bouquet and quintessential elegance that characterise the wines of Margaux. It is classified as a 2ème Cru Classé.