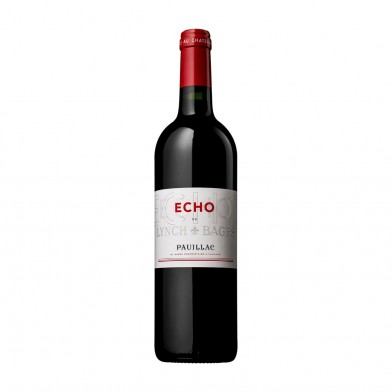 The second wine of Ch. Lynch-Bages, this has an attractive, dark ruby colour. It releases fresh fruit aromas of red berries and what a joy to taste! The palate is marked by spicy and oaky notes while the tannins are soft and round, but there is such energy on the palate. Very well poised, it finishes long.

Harvesting took place in favourable conditions and the grapes picked were both extremely healthy and of a high quality. It took three days to pick the Merlot and eight to harvest the Cabernet Sauvignon. Harvest ended late in the day on 12 October. The 2016 harvest began a week later than in 2015, meaning we achieved perfectly remarkable technological and phenolic maturities.

Running off took place after an average 20 days of vatting, from 18 October to 2 November, and the distinctive signs of a great vintage began to become apparent: full maturity of all varietals, particularly noticeable in terms of seed and skin tannins; no vegetal flavours (herbaceous notes, green pepper, etc.) thanks to summer heat peaks that limited pyrazines; small berries, mainly in the Cabernet, which increased the marc/juice ratio in the vat and made the wine richer, in terms of both structure and aroma; a very marked acidity, thanks to cool nights in September and early October and a perfect sanitary state.

Like for previous vintages, one third of malolactic fermentation took place in vats and two thirds in barrels. Fermentation was quite quick, by the end of November it had ended for all the estate’s batches and we were able to begin blending.

Echo de Lynch-Bages 2016 is both supple and powerful. It releases fresh fruit aromas, elegantly underlined with the oaky and spicy notes acquired from ageing. On the palate, it is perfectly balanced and its tannins are already round and mouth coating.