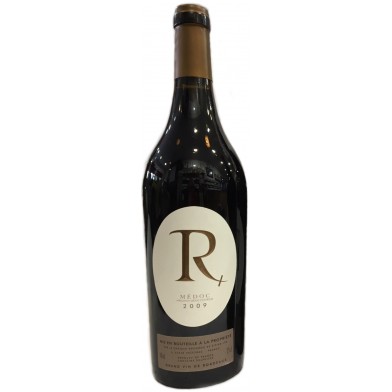 Amazingly ripe and balanced with exquisite acidity and showing immense power and structure. Rx 2009” is polished and ready to enjoy, with sweet fruit and all of the structure necessary to last many years in the cellar.

2009 was being called the vintage of the century (until 2010, 2015 and 2016 came along!). With a perfect sunny, long, warm growing season, and cool nights, the wines produced were at once amazingly ripe and balanced with exquisite acidity and showing immense power and structure. “Rx 2009” is polished and ready to enjoy, with sweet fruit and all of the structure necessary to last many years in the cellar. This was an auspicious year to launch the “Rx” wines and a year in which the Petit Verdot grapes ripened beautifully for the first time since planting, albeit they were picked from the vines in late October when the vine leaves had already fallen to the ground!

A real step up!

My partner and I have been enjoying the wines of Rousseau de Sipian for many years but Rx is a real step-up. Velvety smooth, full-bodied and irresistably laden with ripe fruit. Wouldn't normally spend this much on a single bottle but it's still fantastic value when compared to those unaffordable great names in Bordeaux.