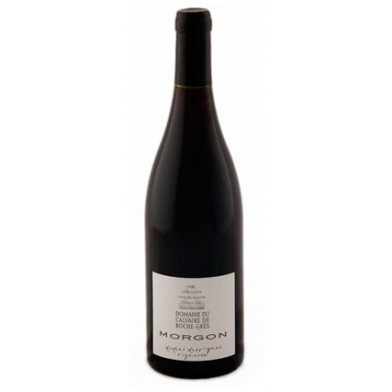 Didier Desvignes is a winemaker to the hilt. He is continuing the work started out over a century ago by his family. His passion started to show when he was only eleven when he was caught pruning the vines. This was also when he started trying to find aromas in the wines at family tastings. Then, one day, his father challenged him by allowing him to vinify the latest vintage in the cellar. This first experience was a revelation to him and something of a success… At that time he already wanted to cultivate his own vines… So, in 1981, he bought his first land in Morgon called Le Domaine du Calvaire De Roche Grès. This interesting name comes from the presence of 13 monumental standing stone Stations of the Cross dating from the beginning of 20 th century that are set in the vines. From then on his attachment to and respect for the vines, his passion and rigour grew and have contributed to developing very high quality.