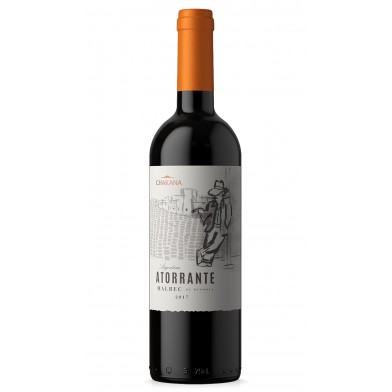 Chakana Atorrante Malbec is a round a full Malbec with lots of black fruit, blackcurrant and blackberry, plum and hints of spice. A juicy and round wine with a good finish.

Chakana Atorrante Malbec is the entry point wine to Chakana’s excellent range of malbecs. It is the new name for what was originally labelled simply “Chakana Malbec”.

Chakana was founded in 2002 by the Pelizzatti family, something of a return to wine-making for the family whose ancestors had made wines in the wine-growing region of Valtellina in Italy in the 19th Century. The Chakana winery is located Agrelo, Mendoza and since 2002 the estate has grown to cover some 150 hectares with 120 hectares under vine, including their own vineyards in other areas of Mendoza 21 hectares in Mayor Drummond (Lujan de Cuyo) and two vineyards comprising 51 hectares in Altamira (Valle de Uco). In 2012 Chakana began the process of converting all of their vineyards, farming and viticultural methods over to organic / biodynamic certified. The winemaking style is based on minimal intervention with minimal use of sulphur or other additives and only indigenous yeasts.

Chakana Atorrante Malbec is made from 100% Malbec sourced from a selection of Chakana’s vineyards and some bought-in fruit all grown on vineyards with loam soils at an altitude of 700 to 950m. The wine is vinified in the traditional manner and is unoaked.

The Chakana or Inca Cross is a stepped cross representing the four cardinal points of the compass and the Southern Cross constellation which ruled the Incan agriculural calendar.

Chakana Atorrante Malbec is suitable for vegans and vegetarians.