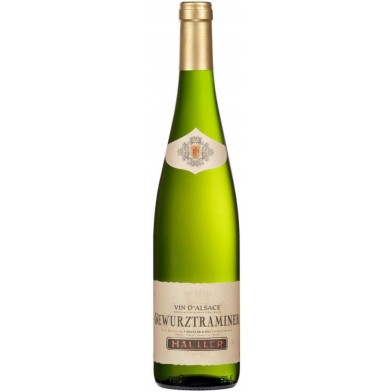 Hauller Wine House was founded in 1775, during the golden age of winemaking in Alsace. The founders - a family of Alsatian wine-growers and coopers - transferred its experience in these two professions to subsequent generations, which became great experts in their fields. Rise and significant growth of the company in 1956 prompted the then owner of the winery Jean Oller create a company Jean Hauller & Fils, his successor, Rene Oller continued to work to strengthen the brand and its dissemination at national and international levels. The company took part in the famous Paris exhibition, which greatly contributed to the popularization of Hauller House.

Since 1956, J. Oller & Fils is constantly investing in the wine production process, combining tradition and modernity: the new cellar, the new winery, a new hall for the fermentation and, since 1982, developing its own Crémant d'Alsace. Vineyards company has an impressive area - 380 hectares mainly in the heart of Alsace, between the cities and scherwiller itterswiller. Also Oller family owns plots in the class of Grand Cru and Frankshteyn Münchberg. The winery is very attentive to the preservation of its vineyards and the environment as a whole, contributing to biodiversity. More: https://winestyle.co.uk